A ceremony will be held Aug. 1 ahead of the 72nd anniversary of the atomic bomb 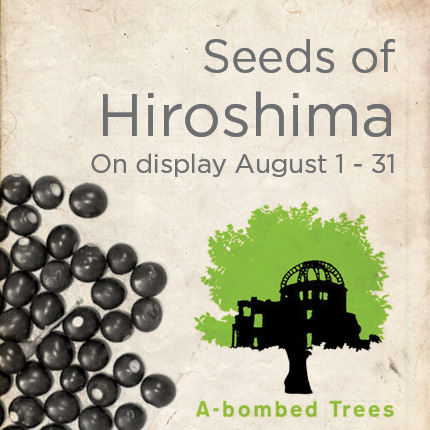 SARASOTA, Fla., July 24, 2017 – A few days ahead of the 72nd anniversary of the atomic bomb falling on the Japanese city of Hiroshima, very young saplings derived from trees that survived the bombing will be ceremoniously recognized at Selby Gardens.

The budding trees – camphor, holly and persimmon – will be displayed during a ceremony at 11 a.m, Aug. 1 at Selby Gardens and will be on public view throughout the month of August.

“Botanical gardens bring together science and education in a variety of ways. This sowing of seeds from a time of major human conflict provides hope, and allows Selby Gardens to inspire appreciation of the natural world, which is at the core of our mission,” said Jennifer O. Rominiecki, president and CEO of Selby Gardens.

The seeds came to Sarasota as thanks to a religion professor at New College of Florida, a partner of Selby Gardens. Dr. Manuel Lopez-Zafra collected the seeds during his travel to Japan last year through a program operated in part by the United Nations Institute for Training and Research. Called “Green Legacy Hiroshima,” the program provides seeds and cuttings from trees that survived the August 6, 1945 bombing during World War II.

“The seeds have great symbolic value and they represent the resilience of nature,” said Lopez-Zafra. “At the same time, they also deliver a message of caution about the dangers of mass destruction and nuclear weapons in particular.”

The professor contacted Selby Gardens in early 2017 about the program and since then the horticulture team has imported, germinated and sown the seeds of the three types of trees. At the Aug. 1 ceremony the early buds of the trees will be on display near an historic bell that was once housed in a Japanese Buddhist temple that was removed by the government to be melted for munitions during World War II. It survived and has been featured at Selby Gardens since the early 2000s. The tree seedlings have many years to grow, but will be temporarily displayed at Selby Gardens throughout the month of August.

“A large portion of Selby Gardens features sculptures from Asia, including Japan, so it seems entirely right to take part in this legacy program and grow these plants for future display,” said Mike McLaughlin, Senior Director of Horticulture and Site Operations. “We also work with New College on a number of botany and biodiversity-related projects, and this planting is a symbol of our partnership as well.”

Veterans are invited to visit Selby Gardens at no cost on Sunday, August 6.

Marie Selby Botanical Gardens is the only botanical garden in the world dedicated to the display and study of epiphytic orchids, bromeliads, gesneriads and ferns and other tropical plants with a focus on botany, horticulture and environmental education. For more information, please visit www.selby.org. Marie Selby Botanical Gardens, 900 S. Palm Ave., Sarasota, is open 10 a.m. to 5 p.m. daily except Christmas. Regular admission is $20 and $10 children ages 4-17; members and children 3 and under enter free. Contact us at (941) 366-5731 or selby.org. Get social with us on Facebook, Instagram and more by searching @selbygardens. 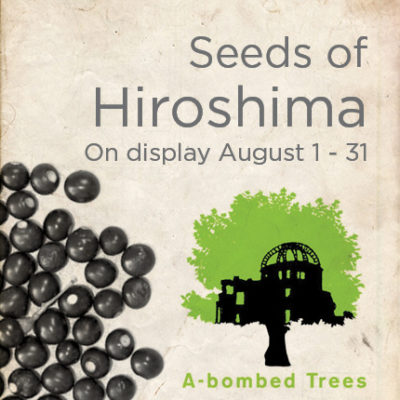