IDENTIFICATION GUIDES TO SOME EPIPHYTES OF BELIZE:

The following guides are in draft form. Updated versions will be placed above as soon as they are ready. 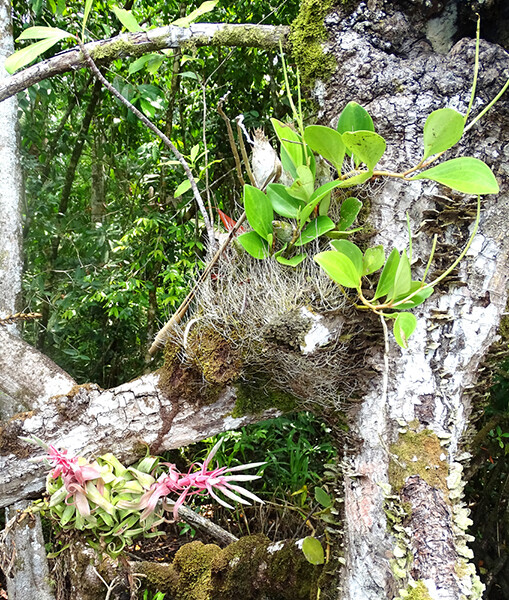 OVERVIEW:
Belize is the second smallest country in Central America, slightly larger than El Salvador, but has by far the lowest population density of any of the countries. The latter fact is a blessing for its biodiversity, and its forested areas harbor a rich and diverse flora.

EPIPHYTE DIVERSITY:
We estimate Belize has well over 650 species of epiphytic, hemiepiphytic, and lithophytic plants, which account for approximately 15% of the country’s species-level diversity. These include many plant families and genera. See the Table for a summary of each epiphytic plant family with numbers of genus and species diversity.

These numbers are based on extensive literature and herbaria survey, and include the results of field surveys by staff and volunteers from Selby Gardens and its partners in 38 distinct areas of the country, literally from east to west, and north to south, resulting in over 3000 collection records of living and preserved specimens (2014 to 2016). Living specimens are being maintained at Selby Gardens and Caves Branch Botanical Garden; the first set of herbarium specimens is being deposited at the Belize National Herbarium (BRH) located at the Forestry Department headquarters in Belmopan, the second set at Selby Gardens (SEL), and further sets to be distributed to taxonomic specialists around the world. Field collections included some terrestrial species of trees, shrubs, and vines, in addition to the epiphytes.

TABLE:
Numbers of genera and species for each vascular epiphyte and lithophyte known in Belize, divided below into seed plants and spore-bearing plants. The combined total is: 34 families, 183 genera, and 656 species. 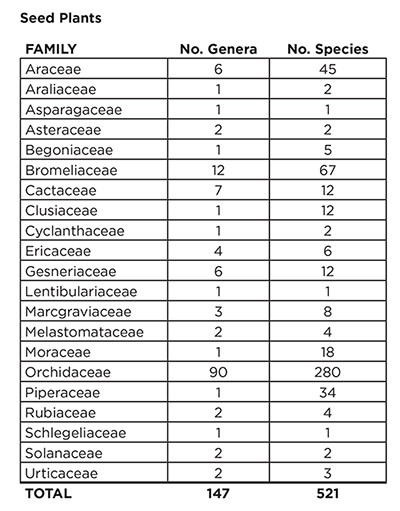 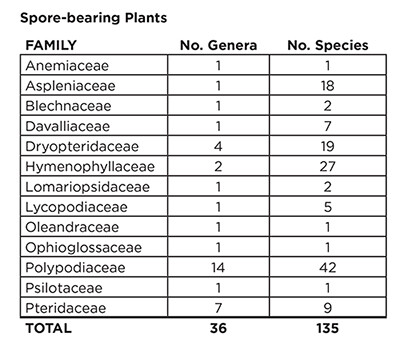