Selby Gardens has spent more than four decades amassing the best scientifically documented collection of wild orchids in the world. The bulk of these orchids have been wild-collected, with excellent representation of the rare, the gorgeous, and the unusual. In fact, four of our seven collection greenhouses are dedicated to the care and nurturing of more than 6,000 orchid plants.

While you may not find all of our orchids at commercial shops and nurseries, here is a quick key to com common (and beautiful!) varieties of orchids. 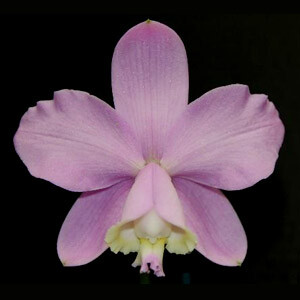 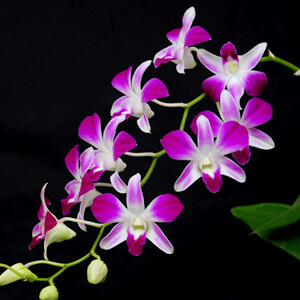 Dendrobium (den-droh-bee-um)
Dendrobiums are one of the most popular and numerous genera of orchids with about 1,500 species. Dramatic flowers perch atop tall, cane-like stems. Native to the Eastern Hemisphere, they can be found in environments ranging from the islands of the South Pacific to the foothills of the Himalayas in India. This broad growing range makes them extremely popular with gardeners. Some are deciduous, meaning they lose their leaves seasonally when rainfall decreases. 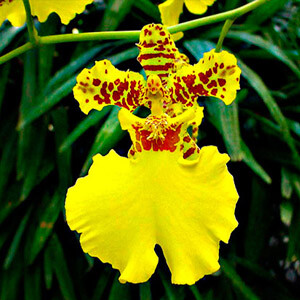 Oncidium (on-SID-i-um)
Oncidiums are Western Hemisphere orchids found in habitats ranging from sea level in the tropics to high elevations in the Andes Mountains. They are commonly known as “dancing ladies,” due to the resemblance of the broad, flat lips of their flowers to ruffled skirts. These flowers are most commonly yellow and brown, while some species are pink, red, magenta, green or white, many with exotic markings. 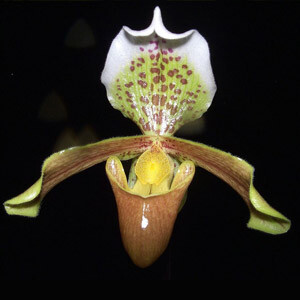 Paphiopedilum (paff-ee-oh-ped-di-lum)
Paphiopedilums originate in the rain forests of East Asia. These semi-terrestrial orchids grow on the forest floor, on cliffs, or occasionally in trees and look quite different than other members of the orchid family. They require shady conditions and constant watering, as they have no major water-storage organ other than their leaves and roots. These long-lasting flowers are known as ‘lady slipper orchids,’ because their distinctive, pouch-like flowers resemble women’s footwear. 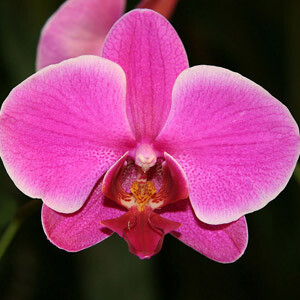 Phalaenopsis (fal-en-op-sis)
Known as “moth orchids” (due to their moth-like appearance), Phalaenopsis originate in tropical Asia and the South Pacific. They are the most common variety of orchid sold today and the easiest to grow in the home. They have large, broad leaves and long flower stems with blossoms of white, yellow, green, pink, and red. They require constant watering, as they have no major water-storage organ other than their leaves. 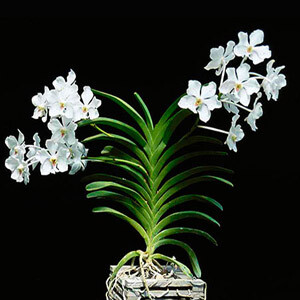 Vanda
Vandas are found throughout the Eastern Hemisphere, with the highest concentration in Southeast Asia. While some grow in mountainous areas, most are lowland plants that live in warm and humid conditions with bright sunlight. Vandas can be large or small plants with flowers of corresponding size in a variety of colors, many with a powerful fragrance. They are long-lasting and bloom several times throughout the year.